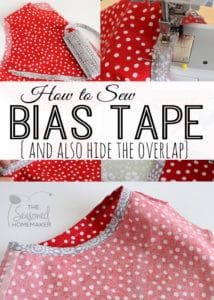 I learned all about attaching bias tape when I was making 4-6 aprons a day for my Etsy shop. This was several years ago when I sold aprons, not apron patterns.

Today I want to show you how I attached the bias tape to the armhole opening of my top. 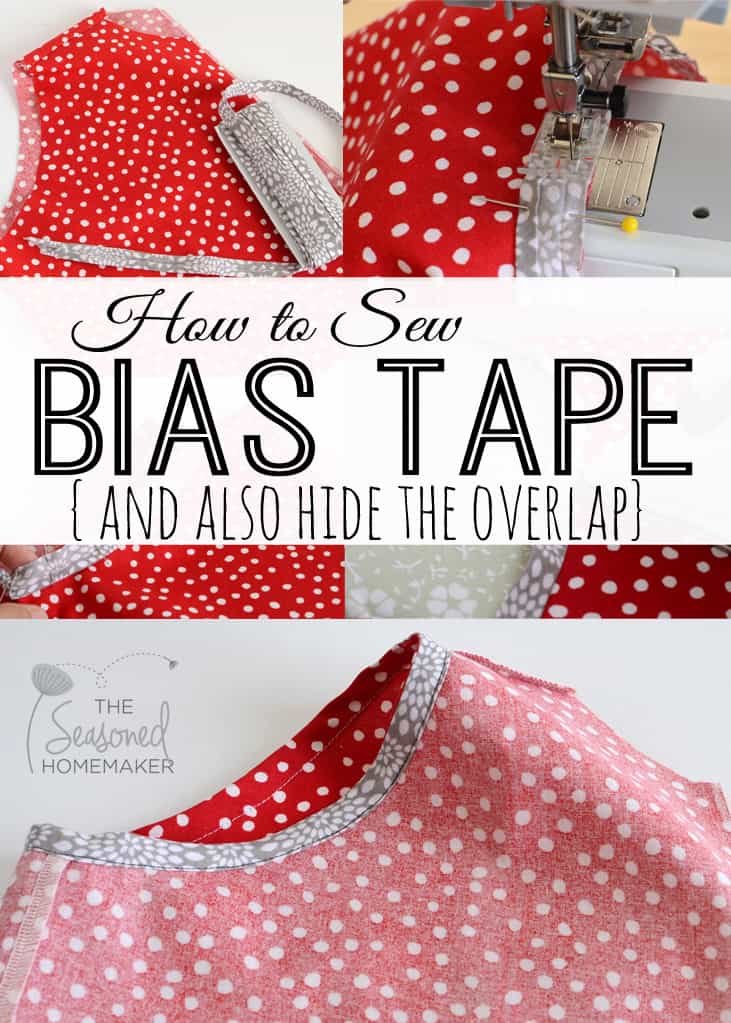 If you remember in Monday’s post I had covered the raw edges around the armhole of my top with bias tape. 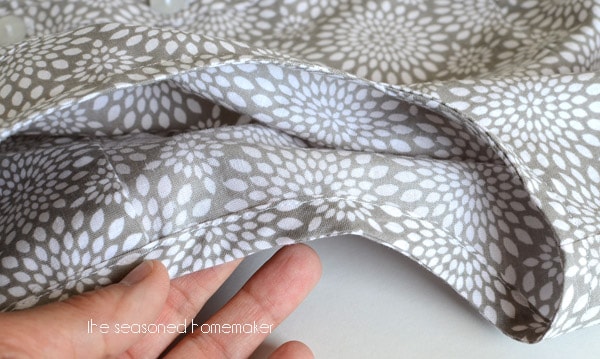 I’ve made a small mock up of my top to demonstrate how I attached this bias tape around the armholes. I wanted the armhole openings to be clean and unembellished. 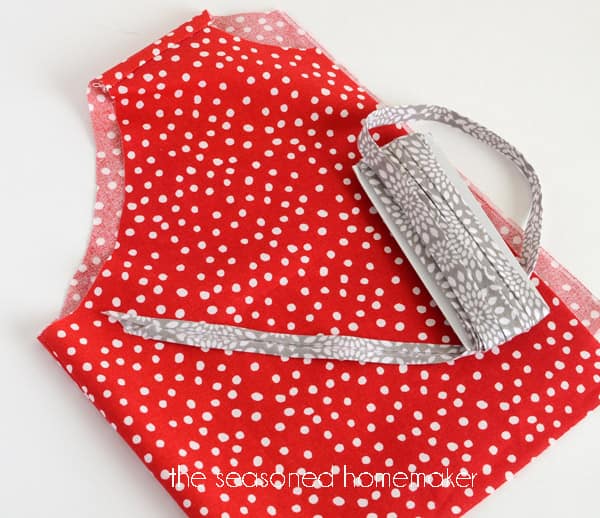 Estimate how much bias tape you will need for the armhole. I did a quick run around with the tape measure and then add about 6 inches. Remember, there needs to be some overlap to encase the bias tape. You never want to come up short.

Open one of the folded sides of the bias and press open.

Make a triangle by folding over the raw edge of the end. Match the top edge to the side edge and press. Doing this will nicely finish where the bias tape overlaps. 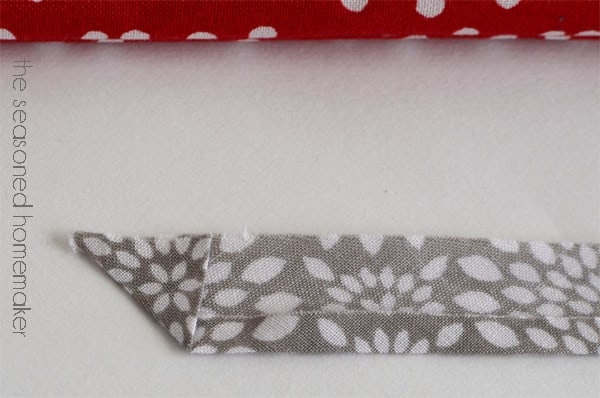 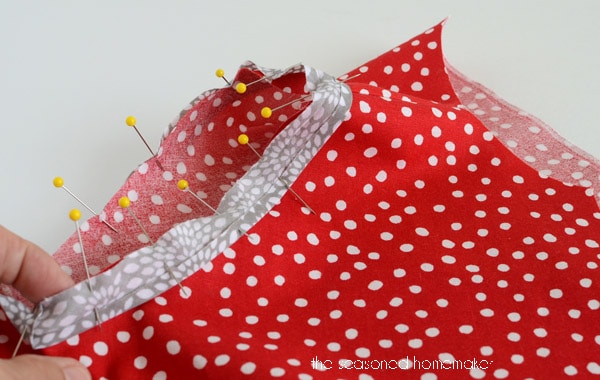 Pin all the way around the opening. When you get back to the start you will come to the folded triangle. Overlap the raw edges about 1″ and pin to hold. Cut away excess bias tape. 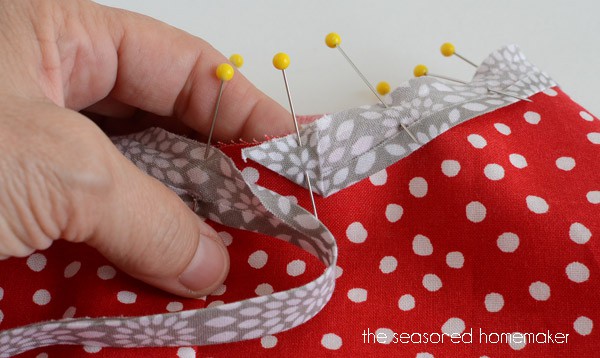 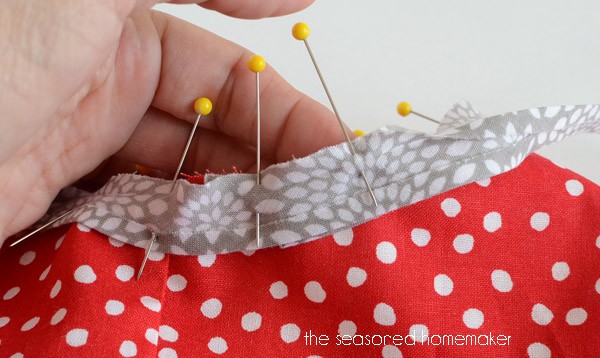 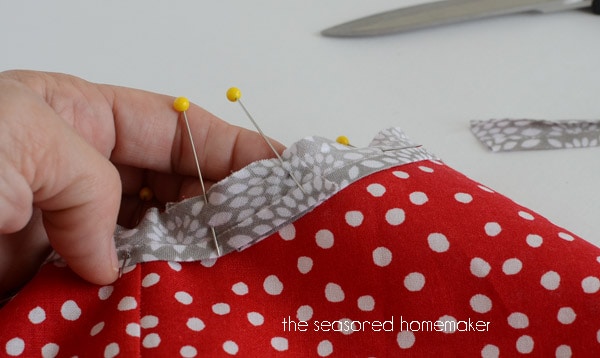 Stitch around the entire opening and back stitch when you reach the start. You don’t want this coming apart. 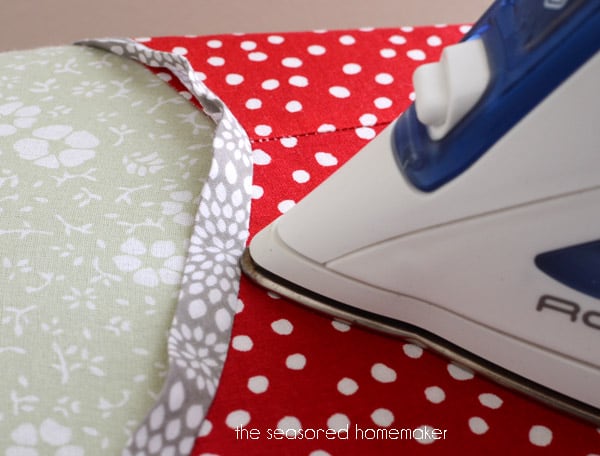 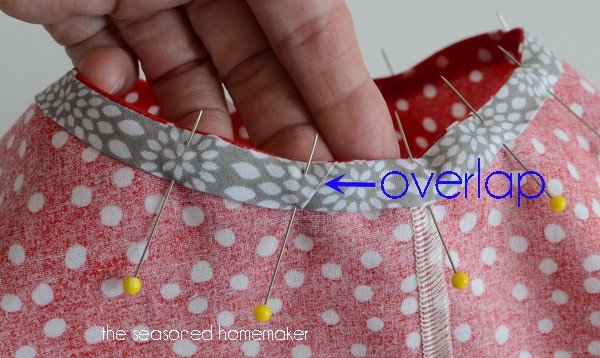 Stitch down close to the edge. If you have an Edge Stitch Foot this is a great place to use it. 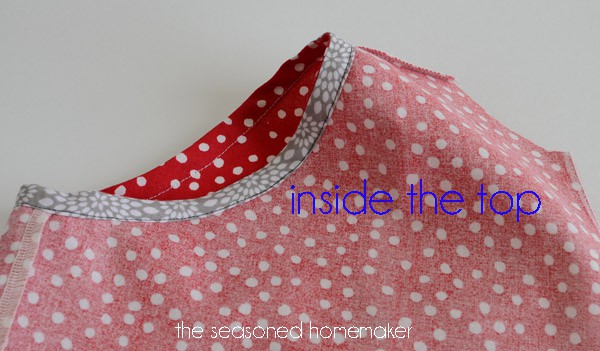 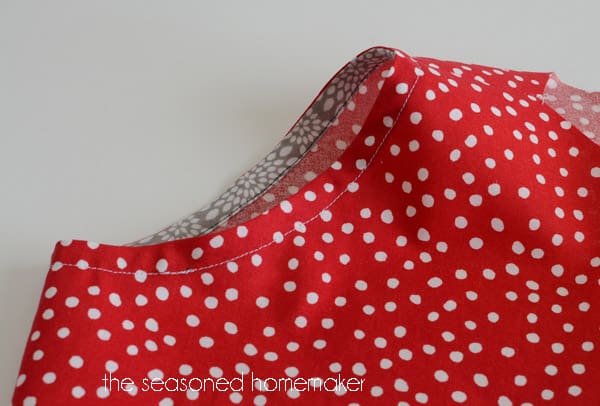 The best part is how nice it looks on both the inside and the outside. Learning this technique will open up amazing possibilities for your sewing as well as use some of those scraps.

Welcome, I’m Leslie. Here at The Seasoned Homemaker every day can be extraordinary when we Celebrate Creativity together! To read more, click here.