Update: All of the instructions for the Flu Prevention Tonic are now available HERE and HERE. 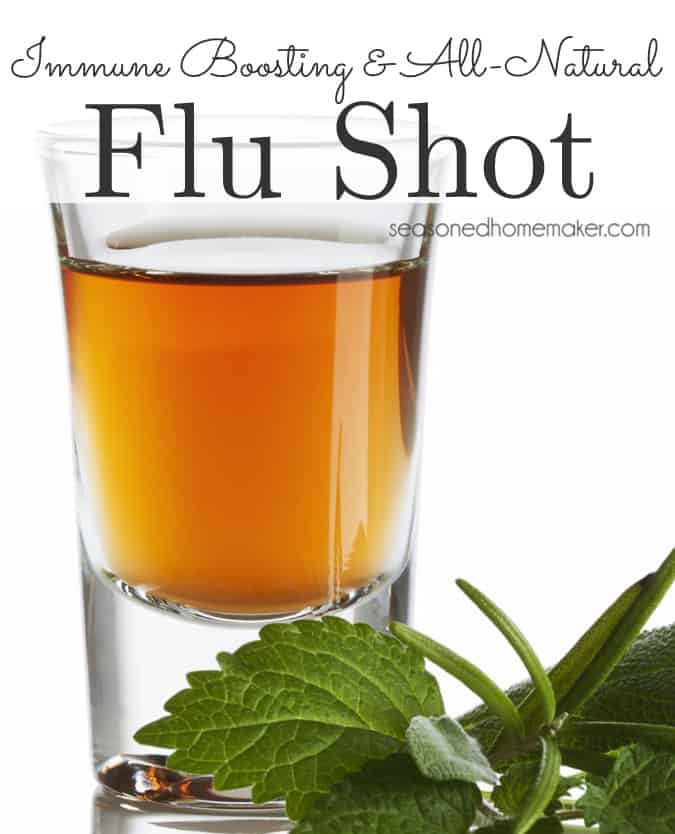 In my New Year’s Day post I mentioned a tonic that helped prevent the flu. Every time I share this story, people ask me for the recipe.

So, here’s what happened. The Thursday before Christmas, D-Boy began running a scary, high fever. After a quick trip to the doctor, it was confirmed as the flu ~ which was highly contagious and knocking out folks left and right. On Sunday, Mr. T came down with the flu {both boys are fine now ~ thanks for asking}. Sick boys ~ with mama and daddy praying not to get sick, too.

Shortly before this I had discovered something called Fire Cider, Master Tonic, or Plague Tonic.  After doing a little bit of research I decided to experiment and make a tonic ~ which needs to be started on the New Moon and then strained on the Full Moon. I had started it about a week before D-Boy got sick.

I quickly got some tonic to Kitty and Mr. Wonderful, hoping to keep them well. All of the adults began taking about an ounce a day. None of the adults got the flu ~ no sniffles, no headache, no symptoms. Nada, zip, zero – not at all. And, Kitty and Mr. Wonderful never left their boy’s side. I was back and forth every day bringing fresh batches of my chicken broth to fortify the patients. Totally exposed, too.

Remember what I said about the New Moon ~ well, it is this Thursday. That means it’s tonic making day. Truly, I don’t know if the new moon has anything to do with this ~ but I’m not taking any chances. After brewing tons of tonic I believe that the brewing time is approximately two weeks and the new moon-full moon is another way to keep up with the time.

So, I will be posting the rest of the recipe on Thursday, but between now and then I wanted you to grab the ingredients. That way, we can all get tonics started at the same time.

Get equal amounts of these items. Weigh them on the grocery store scale ~ it doesn’t have to be exact, but balanced. I also recommend getting organic veggies if you have a source.

1 part White Onion (white ones are usually the hottest)

1 part Horse Radish Root (I got mine at Whole Foods. Most grocery stores will carry horse radish root, it is usually near the ginger and looks like a branch off of a tree)

1 part Hot Peppers (Cayenne, Jalapeno, Habanero ~ I used jalapeno because I had them in the garden)

On Thursday, I will be back with all of the step-by-step instructions on making a tonic.

Please read my disclosure if you plan to join me in making a tonic.