My name is Leslie and I am addicted to sewing machines. Because of this I feel compelled to share The Shocking Truth About My Sewing Machine Obsession.

Well, at this moment, I’m ashamed to admit, that’s me. 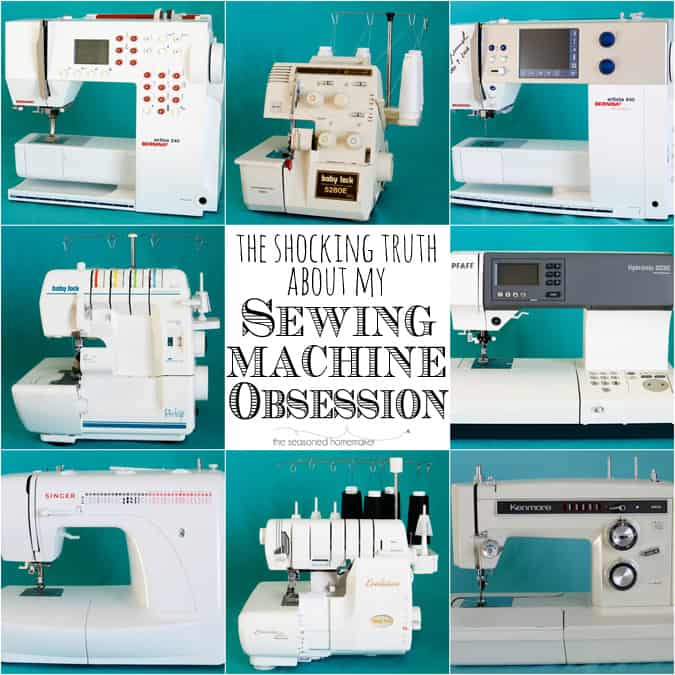 Currently in my sewing room I am in possession of five sewing machines and three sergers. Before you schedule an intervention, I need to explain.

Three of the machines belong to my Mom. A few years ago she started losing her vision and stopped sewing. In November we moved my parents to a senior apartment near my sister, and I brought the machines to my house. I have no idea what to do with them.

The rest belong to me.

Let’s review, shall we. 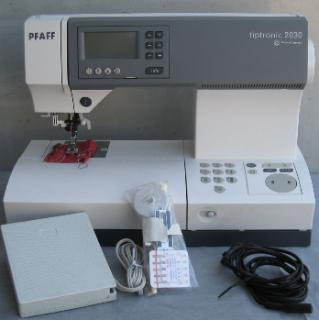 My Mom’s Pfaff Tiptronic 2030. This was my Mom’s dream sewing machine that she purchased about 15 years ago when she retired. It’s an excellent machine that works as well as it did when she bought it. One of the best features is the Pfaff IDF – Integrated Dual Feed (built-in walking foot). At the time, this feature was still under the Pfaff patent and only available on Pfaff’s. The patent has since expired, so several manufacturers now include this feature on new machines.

The Pfaff has all of those truly awesome features you want on a machine:

Two things that are not on this machine are a knee lifter and thread cutter. It’s kind of a trade-off. IDF instead of a knee lifter. Kind of hard to choose which I prefer.

Since my Mom is no longer able to sew due to seriously declining health issues, I now have the machine. It’s about as solid as they come, and I’m not sure what to do here. My Mom loves this machine and I hate to part with it – but I can’t see keeping it forever, either. I’m hoping one of my nieces will want to learn to sew and this machine would be an awesome first machine. 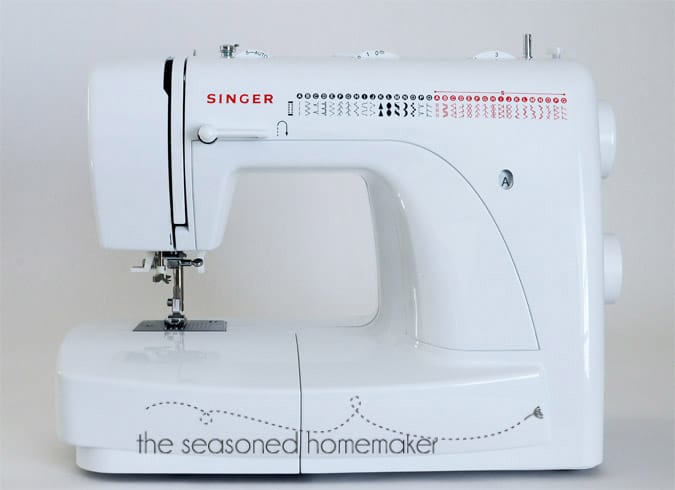 This machine was a bit of a surprise. Here it was sitting on a table in my Mom’s sewing room {which could be considered a sewing hoarders mess}. I have no idea when she purchased it or if she ever used it. It looks brand new. My guess is she bought it to take to classes because the Pfaff weighs a ton.

Anyway, I had to look on the back to find out that this is a Singer E99670 (affiliate) and my Mom probably purchased it at Joann’s. All in all, it’s not too shabby.

One of the first things I look for in a sewing machine is a solid base. Who wants their sewing machine to move or tip when sewing, right? Well, this one has a solid base and a 35 stitches. I think that it would be a great first machine and isn’t too expensive.

Here are a few features:

There is no sentimental connection to this machine since no one even knew it existed {including my Dad}. I will probably sell it soon. If you live in the Austin area, shoot me an email ~ I’ll make you a great deal! 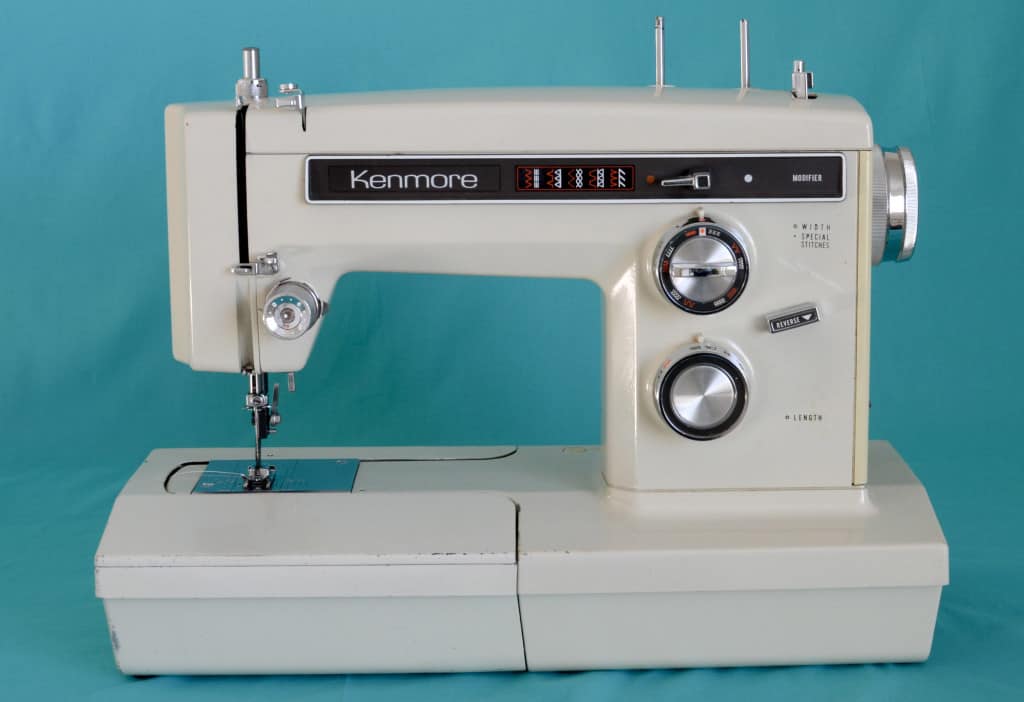 I always say this was my first machine, but technically, I had a small Singer that I got for Christmas when I was age 12. It only did straight stitch and zigzag. But, this was the machine I sewed on for 30 years.

When I was a newlywed back in 1978, my husband took me to Sears and told me I could pick out a new machine as long as it didn’t cost too much. This was the one I picked. I think we put it on a Sears credit card and paid it off in monthly installments. #pooryoungandstupid

It’s all metal and not a lick of plastic to be found anywhere. It was made in Japan and during that era they were turning out high-quality machines {which I didn’t know at the time}. It is so well built that I am sure it will outlast me. I think I hold on to it because I know if all of the other fancy machines fail me, this one will still be sewing.

This machine has been able to handle most sewing, including buttonholes. Because it is all mechanical, I’ve been able to find and fix issues ~ most were related to thread residue or lack of oil.

Like I said it’s a solid machine that still works. I should probably sell it. Or not. I just can’t decide. 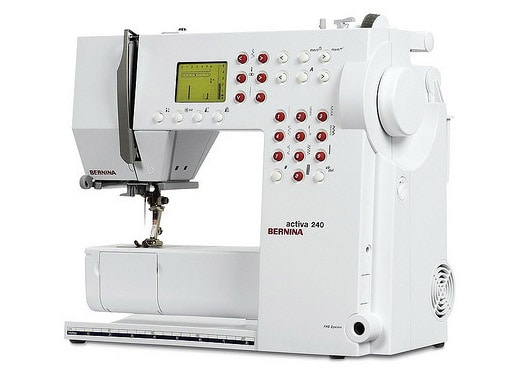 I’ve had this machine about five or six years. Talk about a workhorse. I bought it because I was sewing and selling aprons on Etsy and my Babylock Allure (since gifted to Kitty) wasn’t powerful enough. This machine is small in size, but it really does it all. It has everything a sewist could want.

This is one of those machines that is almost perfect. It never misses a stitch and will sew over anything. I always say I’m never getting rid of this machine. It’s so reliable. In reality, I wouldn’t really every need another machine.

Yea, right! Y’all know me better than that. 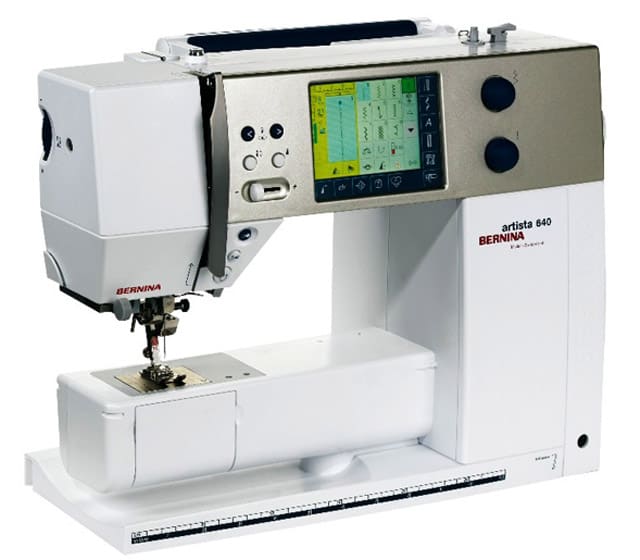 I call this machine, My Boyfriend. I was sewing on the B 240 (see above) and embroidering on the Babylock and sew, sew satisfied. At the time Bernina had just come out with the 800 series machines that cost around $10K. Not.in.my.budget.

I was wishfully thinking I might like a higher end machine to replace the Babylock and sought the advice of a friend. She suggested I look at the 600 and the 700 series machines from Bernina. They had a bunch of top-notch features. Once I looked over them all, I settled on the 640 as a machine that would meet my needs.

Since so many people were trading in their older machines for the new 800’s I asked the gals at Sew Much More (Austin, TX) if they’d let me know when a 640 became available. A slightly used version of this machine was really all I’d need. I had set aside some funds and was waiting for the call.

Then, in July 2010, while celebrating my grandson’s birthday one of the sales gals called and said they had a used 640 for me. We wrapped up the party and headed up to the store. When I got there, the machine was no longer available – and the sales gal had mistakenly given me the wrong information. Everyone was let down.

But not for long. I had purchased three machines from Sew Much More over the last three years and the owner of the store wanted to fix this. That Monday they called me and said they would order me the 640 with the embroidery unit and Bernina Stitch Regulator for 40% off.

And two weeks later I had a brand new 640. #sometimesihavetopinchmyself

When I wrote that it looked like Three Stooges. And, I’d have to be a stooge to have three sergers, right?

Like the sewing machines, one belongs to my Mom and is in excellent condition. One was my first serger and one is my new serger.

The Babylock 5280E. Back in 1990 when I purchased this serger it was at the top of the line. Babylock had been making home sergers for a few years, and this one was a super deluxe model ~ with 4 threads!

At the time I was making a lot of clothes for my two girls and a serger was just what I needed. It was an excellent investment. Cloth World (remember them?) and Babylock had a deal. The first 3 people on a certain day would get this serger for half off. I went, I stood in line, and I got my serger.

This serger works as well as it did the day I purchased it. Contrary to what many think, it’s really not that hard to thread. There is a guide on the inside of the case that you flip open.

Everything I learned about serging I learned on this machine. It’s a real workhorse and I consider it my backup serger, but really I should just sell it. I have more than gotten my money’s worth.

The Babylock Protege. This is my Mom’s serger. I’ve never sewn on it so I can’t say much about it. I would guess that my Mom purchased this sometime in the late 90s or early 2000s.

If you compare side-by-side you can see that this machine isn’t much different that my 5280E. After reviewing the manual, I realized that most of the functions are the same as my older machine. You would still need to adjust the tension to get a perfect stitch. The seam width dial is almost the same. The way you convert from 4-to-3-to-2 thread serging is almost identical.

It does look a little easier to thread. And it has this Free Arm Feature. I will probably be selling it soon.

The Babylock Evolution. I purchased this serger to replace my 5280E. I was sewing and selling aprons on Etsy and this serger was an investment. Sew Much More was having an end of the year sale. It was New Year’s Eve a few years back and Mr. SH thought I should buy myself a new serger since I was sewing several aprons a day.

It was the end of the day. We walked in, paid for it, and it was mine. And, we got a great deal.

I know that this isn’t a perfect machine, but it sure comes close. It also has some pretty awesome extra features:

I love this serger. It sews like a dream and was worth every penny I paid for it. I would recommend it to anyone looking to update a serger. If you’ve never used a serger before, then you may want to find a used one (I have a couple I’m willing to sell!) and learn to serge. Then step up to this one.

As far as serger brands go, I only recommend Babylock because they are so reliable and trouble-free. I have sewn on some other high-end sergers and they didn’t even come close to the consistency of my 5280E and Evolution. I’m sure other brands are equally as awesome, but that Jet Air Threading is amazing.

Now you understand why I have 8 sewing machines. And, I have to tell you something that I know will sound crazy.

I’ve been looking at purchasing another machine! The Juki TL2010Q. Am I insane, or what?

Fess up ~ how many machines do you have. I can’t be the only one with 8 machines.