Essential Garden Tools You May Not Know Exist ~ how’s that for a title? All that aside, there are several garden tools that I find essential that many people don’t know about.

When most folks move into their first home they know that there are a few necessary garden tools. Things like a shovel, rake, small spade, hand-held trowel.

I’m not talking about common garden tools like hedge clippers. Today, I’m talking about a few you may not know about. And, with Father’s Day almost here, I thought I’d share some of my favorite lesser-known tools ~ in case Dad loves to garden. All of these tools make particular jobs a little easier.

Did you know that there is a HUGE difference in pruners? When visiting the garden tool aisle at a garden center or home improvement stores you will see two pruning options. Anvil pruners and bypass pruners. You will only want to purchase bypass pruners (or bypass loppers, depending on the job). 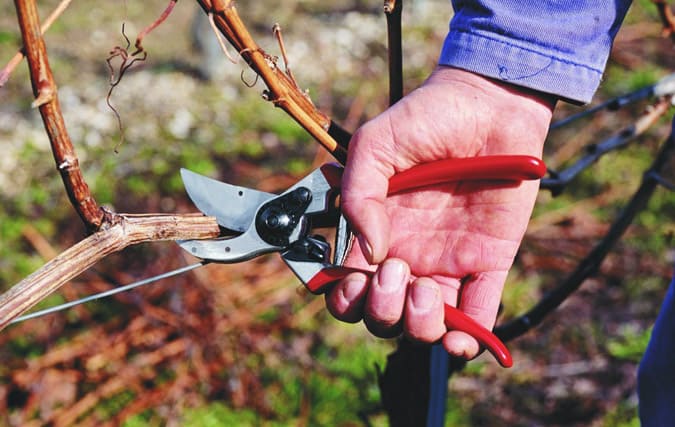 A bypass pruner is best because it has two blades that pass by each other when they cut ~ making a precise cut that doesn’t damage the plant. They also make it easy to get extremely close to the place where the branches connect. This makes very precise cuts which helps with a plant’s overall health.

An anvil pruner will have two blades that meet when you press the handle. Anvil pruners crush the branch which ultimately damages the overall plant. Avoid anvil pruners and opt for the bypass pruner.

Where bypass pruners are concerned I only recommend one brand: Felco Bypass Pruners* (affiliate) They are a little pricy up front, however, if properly maintained, they will last a lifetime. They can be regularly sharpened, have replacement parts, and come with a lifetime guarantee. There are other less expensive brands that work very well for a few years, if you are just starting out.

These have been called Weed Hound, Weed Popper, Stand Up Weeder, and Garden Weasel ~ to name a few. They can be purchased at most large home improvement stores on the garden tool aisle.

What makes this tool so awesome is the way it works. It usually has some sort of claw on the bottom and a small ledge for you to place your foot. Center the claw over the weed, press down with your foot, give it a twist (or push, or pop), and out pops the entire weed. There should be some sort of mechanism for releasing the weed. Mine has a knob at the top that I press, and then out drops the weed into a large bucket.

I find that stand up weeding devices like this work best on softer ground and I prefer to use mine a day or so after rain or watering. The weeds just pop right out. The one I own (Weed Hound) is no longer available, however, I’ve heard good things about Fiskars Deluxe Telescoping Weed Remover.* (affiliate)

This isn’t the most exciting video, and I know the names of these tools are starting to sound ridiculous. But, once you use a hula hoe, you will love it.

These are sometimes called a hula hoe, action hoe, wiggle hoe, stirrup hoe, or scuffle hoe. All that aside, this is one of my favorite tools around. These can be purchased at home improvement stores on the garden tool aisle. The Ames Action Hoe* (affiliate) looks like a good option that’s reasonably priced.

I own a regular hoe but haven’t used it in years. Instead, this is the first weeding tool you should grab when you need to weed a large bed. It has a push-pull motion that gets under the soil, cuts the weed, and tills the soil. The thin blade oscillates as it cuts through the weeds, deep below the soil’s surface. It literally cuts weeding time in half. One of my favorite features is how it can easily get into tight areas.

This video shows a similar weeder from Pampered Chef (who knew?). There should be several reasonably priced options available at home improvement stores and big box retailers.

The dandelion weeder or scratch weeder is a small, inexpensive garden tool. Have you ever tried to pull a weed only to have it break off at the surface? Just stick this tool beneath the surface of the weed and the tug on the weed. The sharp forked edge allows you to get deep down below the tap root and gives you just the right amount of leverage to pull out the entire weed.

We own several of these. I keep one in the backyard and one in the garage. That way, I can easily grab it and pull a few weeds. The Fikars Duraframe Scratch Weeder* (affiliate) looks like a good choice and is very similar to the ones I use. I use and abuse these weeders so much that I would not be willing to purchase a more expensive version. 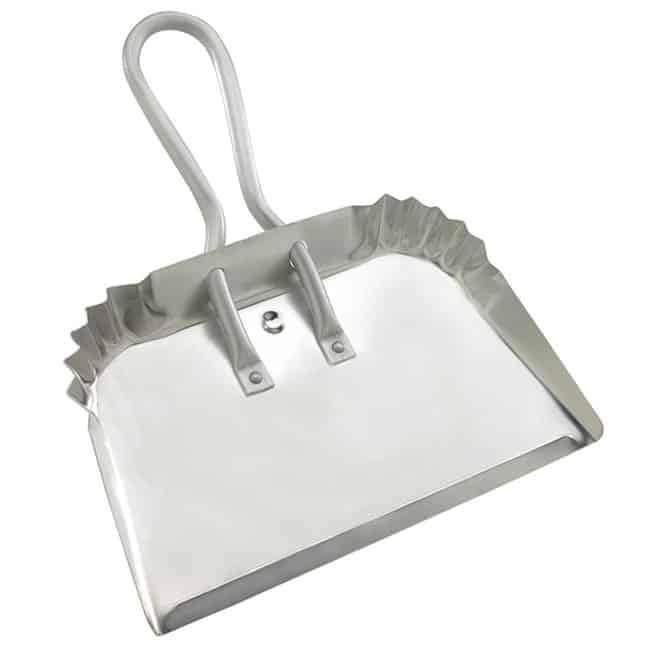 I know it seems ridiculous to include a dust pan in this list. However, almost every time we use ours a neighbor stops us and asks where we got it. If you have large deciduous trees, then you will want this for bagging leaves.

It’s not limited to just gardening. We use ours for all sorts of big clean ups. But anytime there is a garden project, once the clean up starts, this guy gets pulled out.

These are usually found at home improvement centers on the cleaning supplies aisle, but sometimes they will have a few by the gardening supplies, as well. You can also find them on Amazon.* (affiliate)

I know there are a ton of other extremely useful gardening tools that would make excellent Father’s Day gifts. Feel free to share your faves in the comments below.