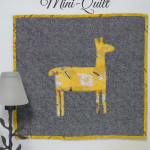 A few weeks ago I created the Spooky Spider Mini Quilt and The Red Tree Mini Quilt as a way to use up some of my sewing scraps. I’m back at it again; this time I’ve done something a little different.

With both of the above quilts I sewed all of the scraps together to create my appliqué fabric. One of the problems with this method is the fabric gets frayed and some of the seams want to come apart. I kept thinking, “There has to be a better way.” 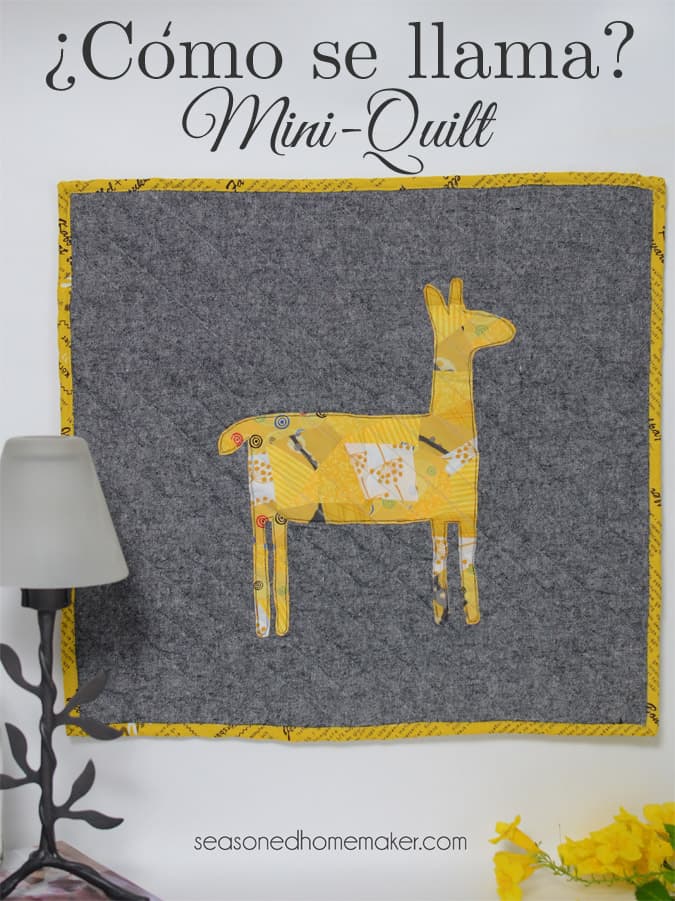 After gumming up my iron trying to add fusible web to tiny little pieces I had a new idea.

Instead, I took a few scraps of yellow fabric, applied fusible web to the back, and then peeled off the paper backing. I cut the fabric into little pieces and put them in stacks on my sewing table.

Once my fabric was fused to the interfacing, I cut it out and placed it on a piece of Essex linen and fused with an iron. The fusible interfacing doesn’t hold as well as fusible web, but it is fine for this project.

Here’s the really strange thing. I thought that this was so original; however,  I noticed at Quilt Market two other people had the same idea, too. 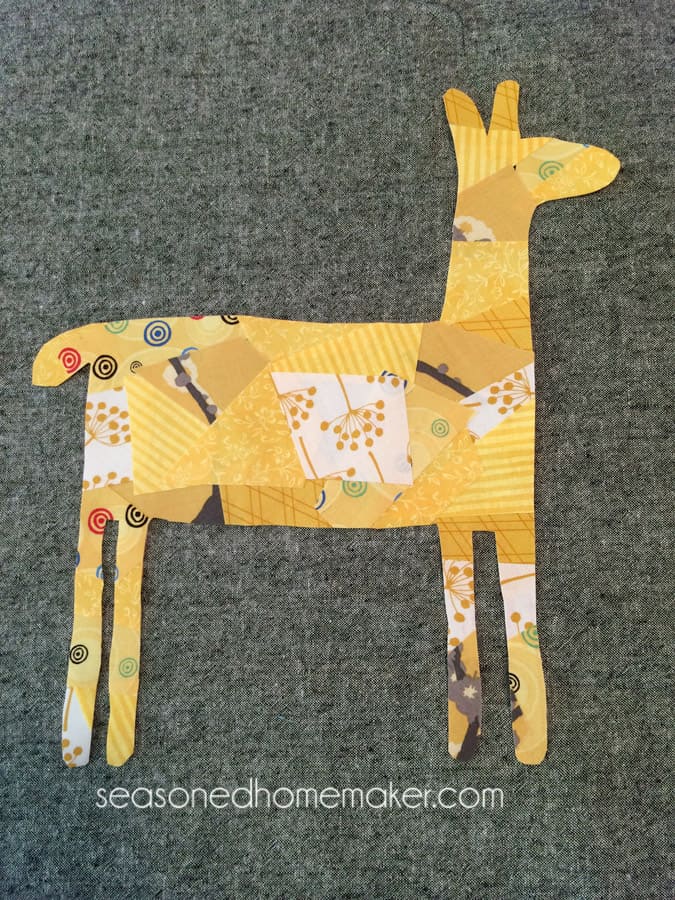 I double stitched the llama down using black thread and a straight stitch. This doesn’t completely stitch down all of the edges, but it holds well enough until I can do the actual quilting. 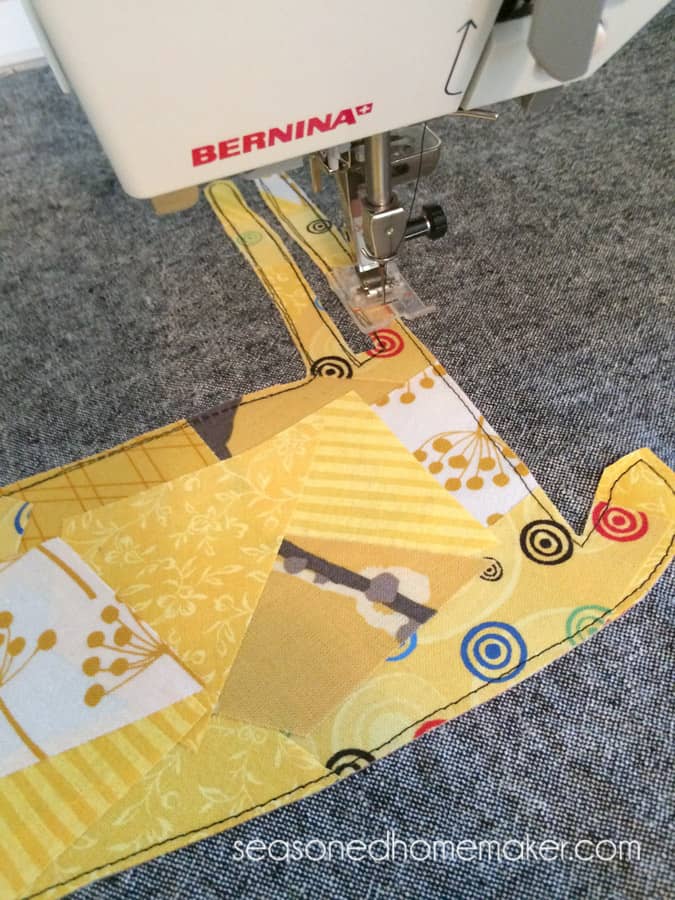 For my backing I used a piece of gold Japanese fabric I snagged at Quilt Market last year. 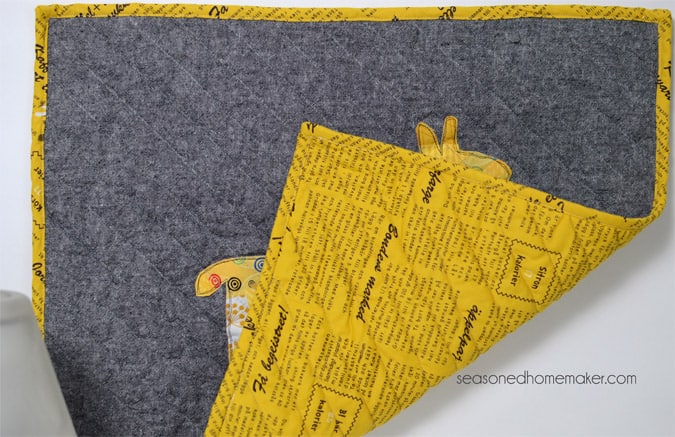 I quilted using a simple 1 ” diagonal stitch and my walking foot. You can see how it stitched down the majority of the edges. I even washed the quilt on gentle and nothing came un-fused. 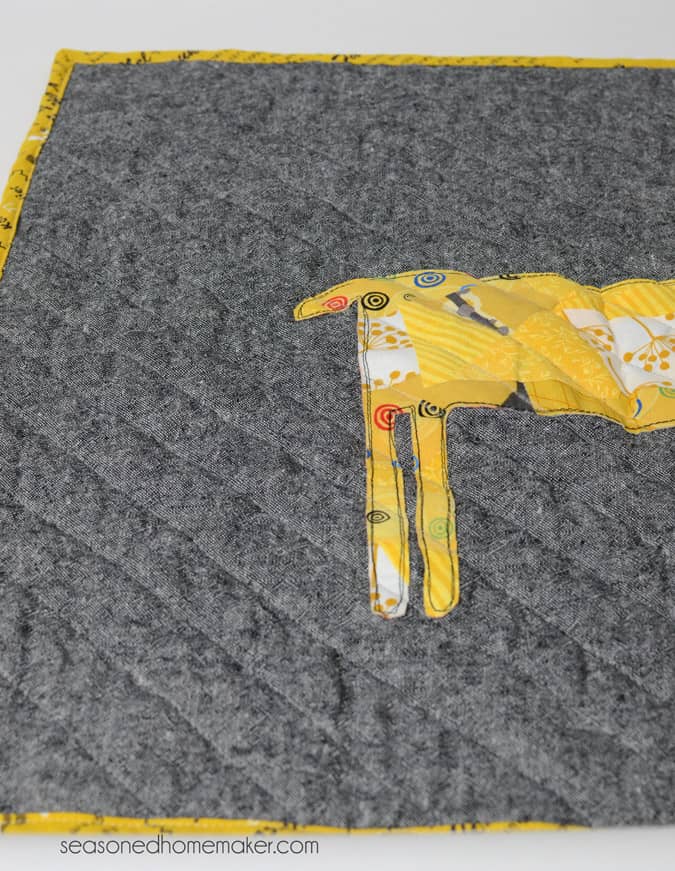 For the binding I used the same fabric as the backing. The piece was half a yard and it provided enough for the backing and the binding with hardly anything left over. I cut my strips on the bias just to add interest to the binding edge.

I also chose to machine stitch down the binding. I know that many quilters feel that hand stitching is preferable, but really, I don’t see the point. I have a sewing machine and I am using it! 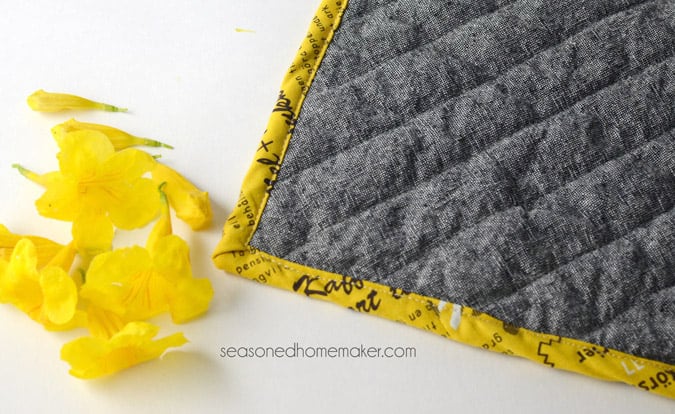 The backing fabric is interesting. As far as I can tell, the words are nonsense in a polyglot of language. And, it is multi-directional. I wouldn’t want this on the front of a quilt, but it’s fine here. 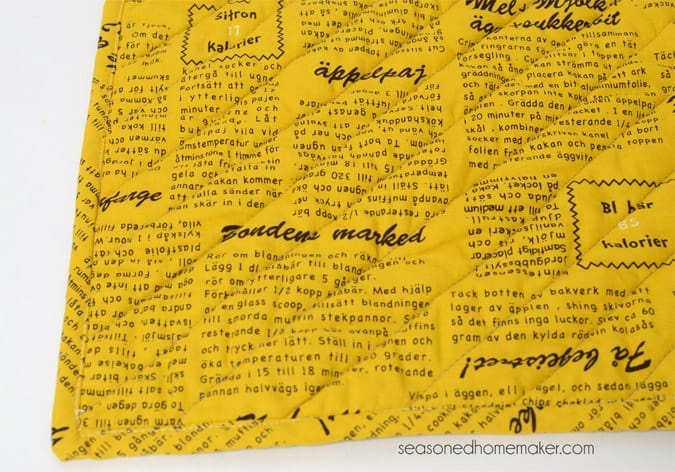 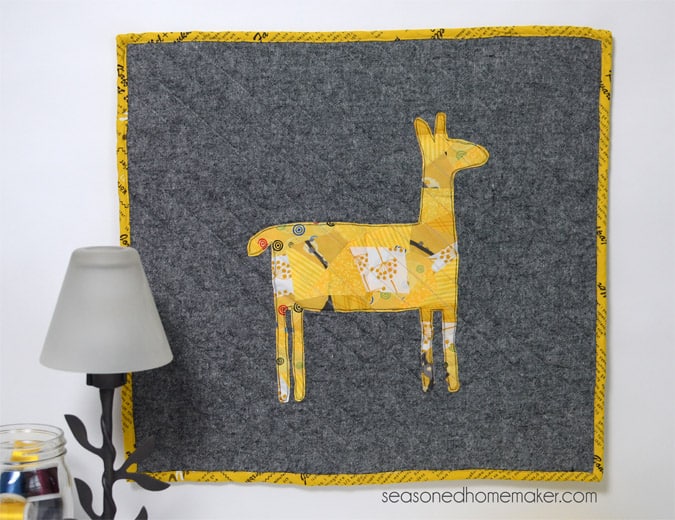 P.S. Why a llama? My sister and her family have a small ranch and there is a friendly free-range llama that occasionally roams onto their property. 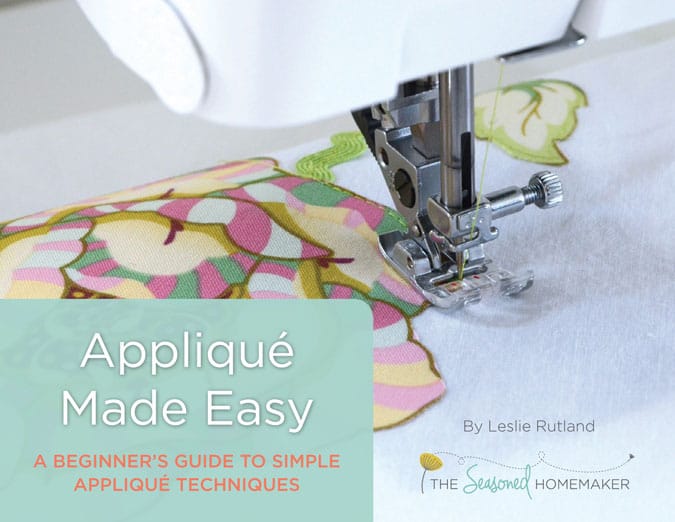